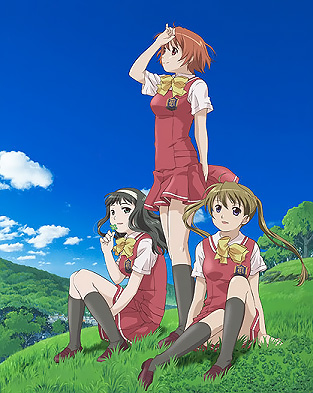 Hazumu confessed his love to Yasuna, but she turned him down. To ease his heartbreak, he went to Mt. Kashimayama where he had met her for the first time. He loses his way in the mountains, and it starts to get dark. Seeing a big shooting star in the sky, he begins to formulate a wish, but quickly notes that something is very wrong.

For the shooting star is actually a space ship about to crash into him. And then he died. Only with the help of the aliens could his live be saved. However, he became a girl, due to an accident during the reconstruction of his body.